This all started as a ridiculous idea on the podcast.

“Manjimup… We’re doing it” were the words I proclaimed to Mike Sleeter on Chapter 156 of the podcast. This was an idea that I was determined to make happen. Manjimup is an event I have wanted to race since I was a kid, but in reality I never thought it would actually happen.

I’ve said it before and I will say it again, one of the best things about the podcast is the accountability that is forced upon you when you open your mouth. If something is said with enough conviction on Gypsy Tales then best believe I will be holding you to it, that goes for the shit I blurt out too.

While there are some ideas that manage to slip through the accountability filter that is built into the podcast, the trip to Manji was always going to happen once we published the ep. Well, kind of…

Like so many things in the last two years, Covid almost derailed this trip. We were on deck hard but State border closures and the constant shifting landscape of quarantine meant that we were still on the fence about going. Sleeter bailed on the plan pretty early in the piece but Jatz, Sam and myself remained committed. The timing was right for this trip. We had been holed up in Burleigh for a year and a bit and we were itching to stretch the legs on a cross country trip in Sam’s new FIST Handwear Sprinter AKA ‘The Desert Pussy’.

We had been riding fairly consistently and we had around 6 weeks until the race from the time we brought up the idea of doing the race on the show. Just enough time for a couple of fairly shit dirt bike riders to generate enough ‘on-the-bike’ fitness to make the 4×15 minute races we would eventually sign up for.

Before Sleeter decided he was unable to attend, we even made the 2 hour trek to an EPIC private sand track in Kogle. I am shit at riding sand… Basically that was my main take away from that session of riding but it fired me up for a 6 week camp of jiu-jitsu through the week and riding on the weekend before we set sail to West Oz. 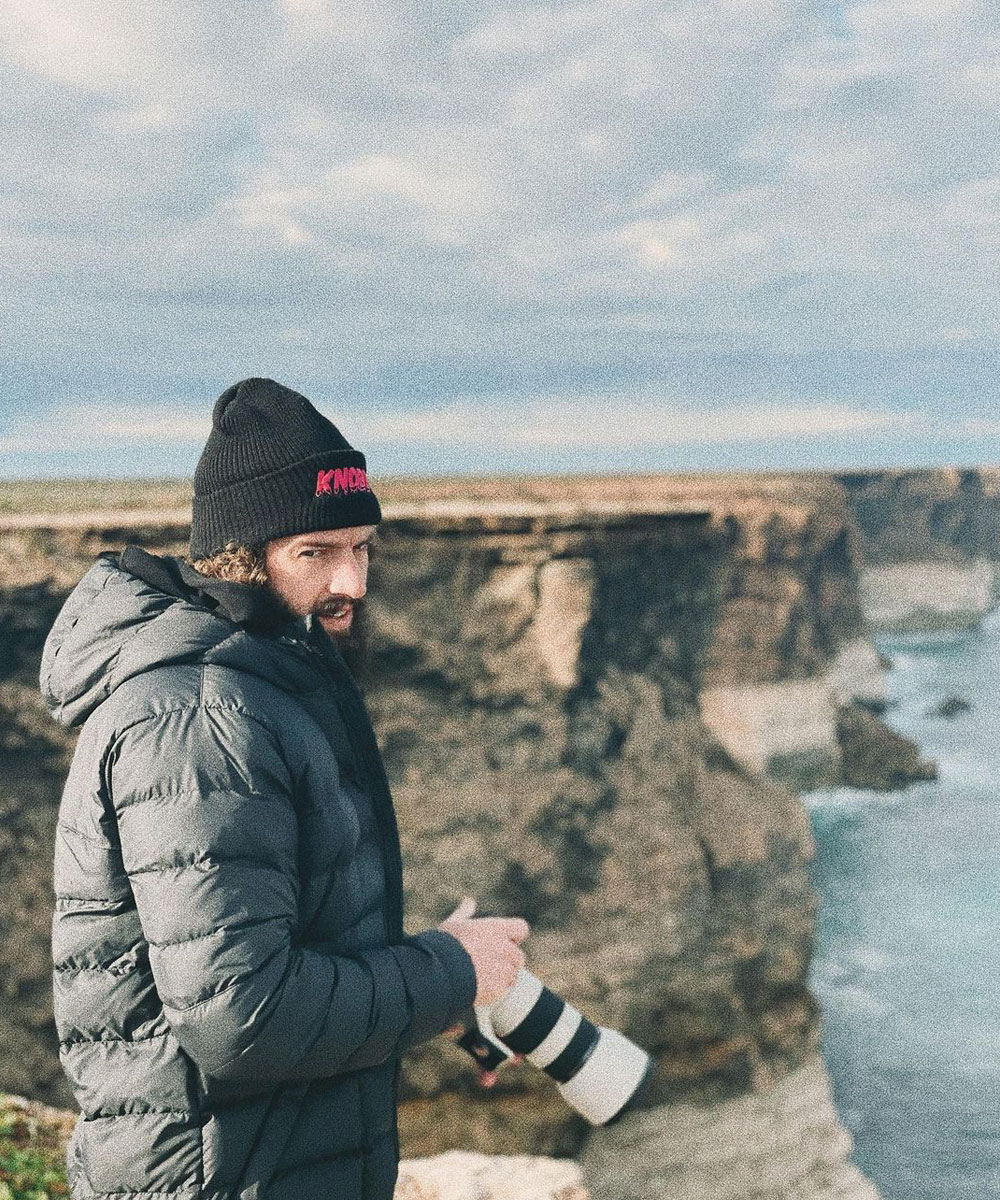 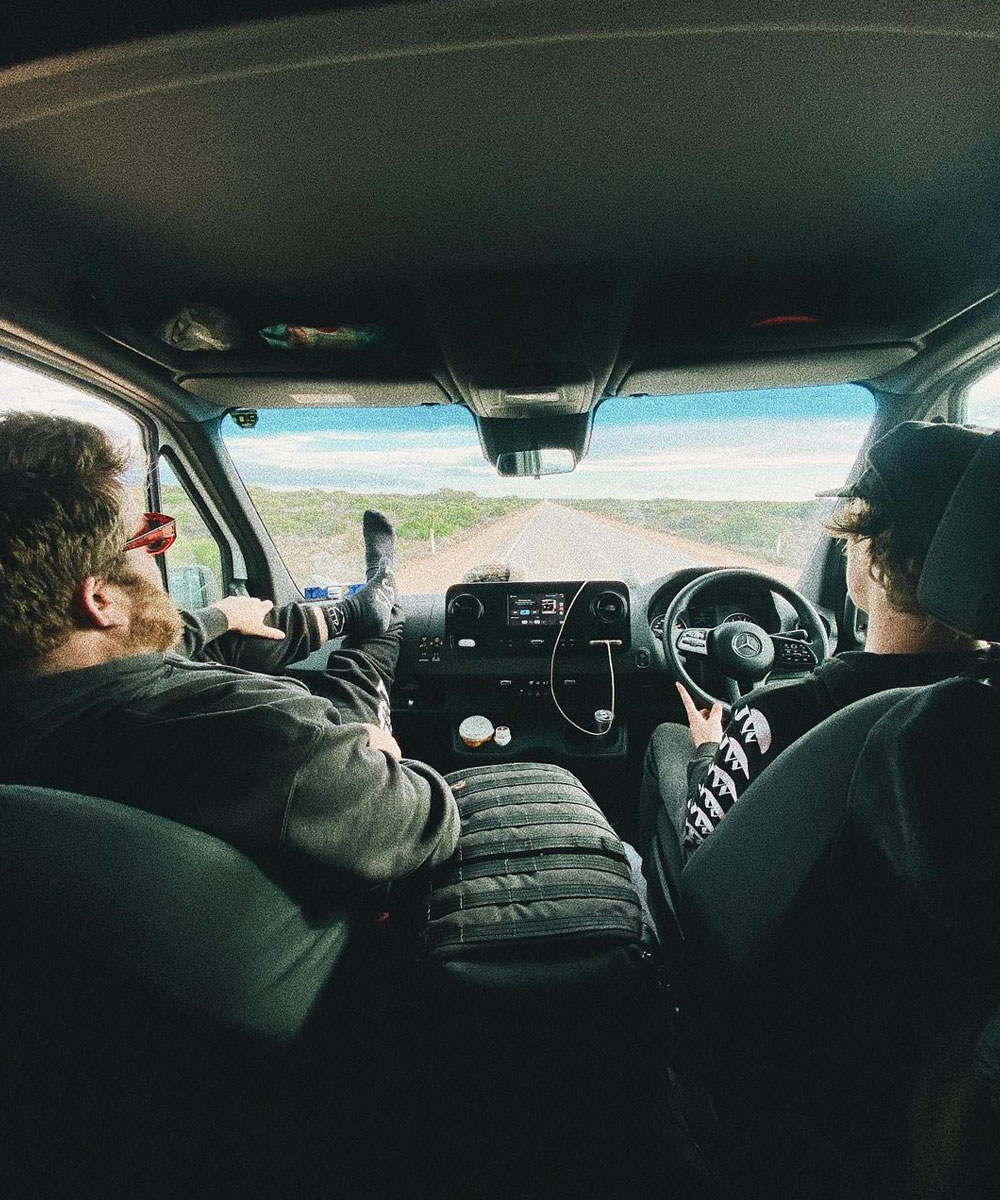 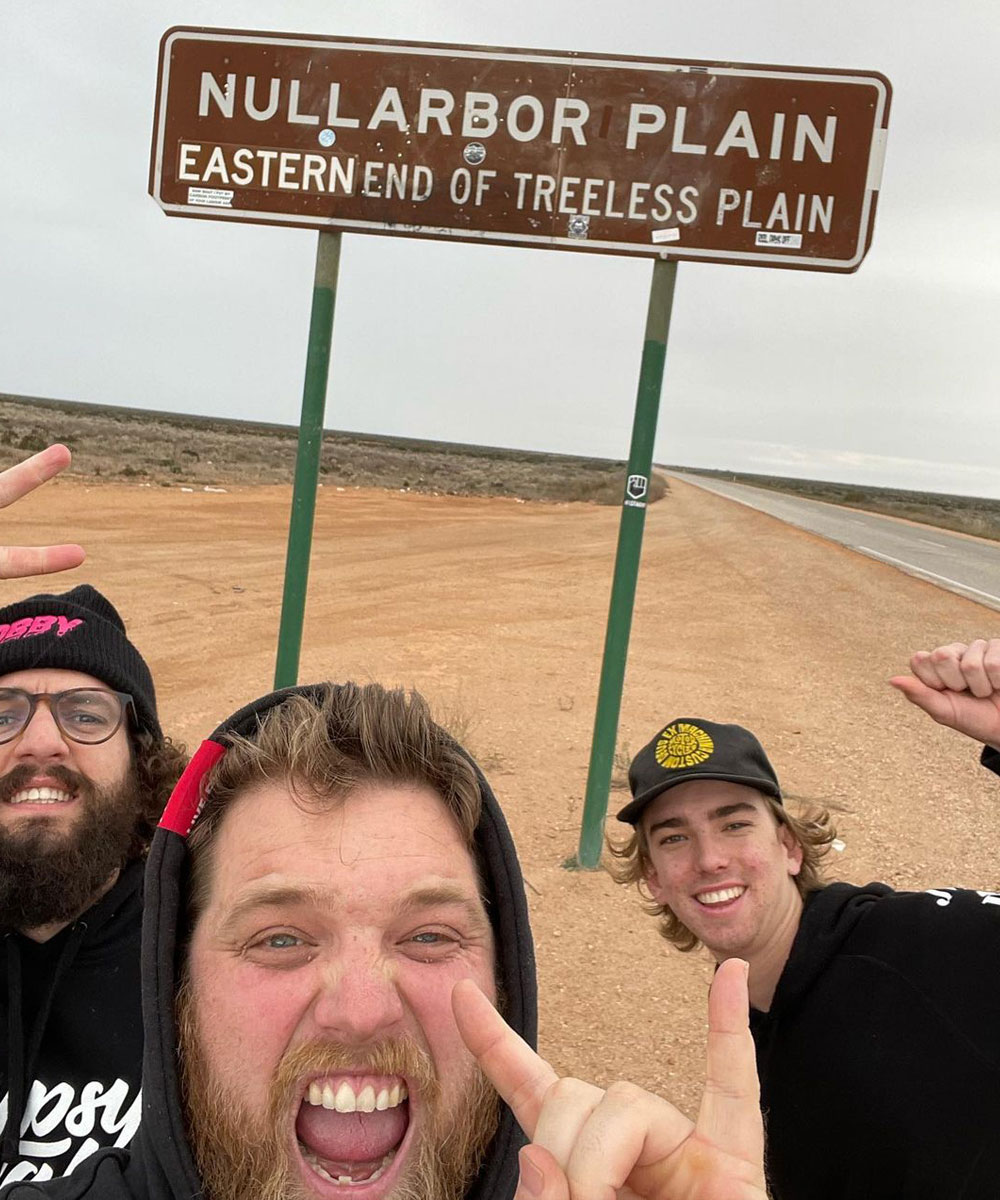 They say ‘West is Best’ and I think they are right. Driving through WA you are either looking at pristine coastline or raw and rugged Australian landscape that looks unchanged only by weather not time. There are the people of Western Australia that make you feel like a local at every turn and, perhaps maybe the most inviting reason to endure the Nullarbor, the tracks.

The sand of Western Australia has produced a kind of specialist Motocross racer rivalled only by the locals of Lomell in Belgium, the citadel of European Moto. Sandgropers as they are known out west will give an East Coast hot shot the flogging of a lifetime at any opportunity and if one of the boys from the East can beat a groper on home soil then it’s pretty clear he’s the real deal. For kooks like Sam and I the sand of West Oz is a reality check in its most raw form. Regardless of the humiliation I personally was eager to ride some of the tracks that I have spent so long admiring from afar. Tracks like Bunberry, AJS & of course Manji have always been on the bucket list.

Momentum for the trip was rising as our departure date got closer, we were fired up and making the necessary arrangements.

Here was the plan:

Ronan – To get us all sick as fuck, germy little bastard   Also to film for Gypsy Tales but mostly to make reels for Luke Clout

It was pretty simple really, too many moving pieces and we’d fuck it up.

In tandem as the momentum for the trip was rising so was the risk of being locked up at a border point somewhere around SA or WA. It was honestly pretty heavy and for a couple days there we weren’t going. That accountability started to kick in though… It’s amazing what having hundreds of thousands of people anticipating the follow through of a plan will do for you motivation though. Staying home wasn’t an option.

I wasn’t particularly worried about being turned around at a border, it ain’t my first rodeo on that front. But believe it or not Sam does run a pretty big operation up here, and time really is money for the great man. With the risk of driving 4,000kms for no reason being very real, I made a deal with Sam that if anything changed I would drive him to the nearest airport and he could fly home. In true Smash Forth fashion, Sammy loaded up the yet-to-be-coined ‘Desert Pussy’, picked me up and typed ‘Manjimup’ into the maps.

That’s where this series of Vlogs will pick up. This was one of the best trips of my life and I 100% will be racing Manji again, hopefully as soon as 2022. I also hope that this is the kind of video series that we are going to be able to produce more regularly now that we have this site up and running.

I did better than I thought I would, Sam did too. We got to line up with a shared childhood hero in Craig Anderson and fuck we gave the afterparty as good a crack as the race.

Sam was fucked from it, Ronan made me stop so he could spew a handful of times and overall the drive home was about as shit as a driving experience as it gets.

How good. Thanks for watching, thanks for being a part of the Gang and lets fucking go for Manji 2022. I am thinking we should get an East Coast convoy going and have a real send under the stars on the Nullarbor in 2022? 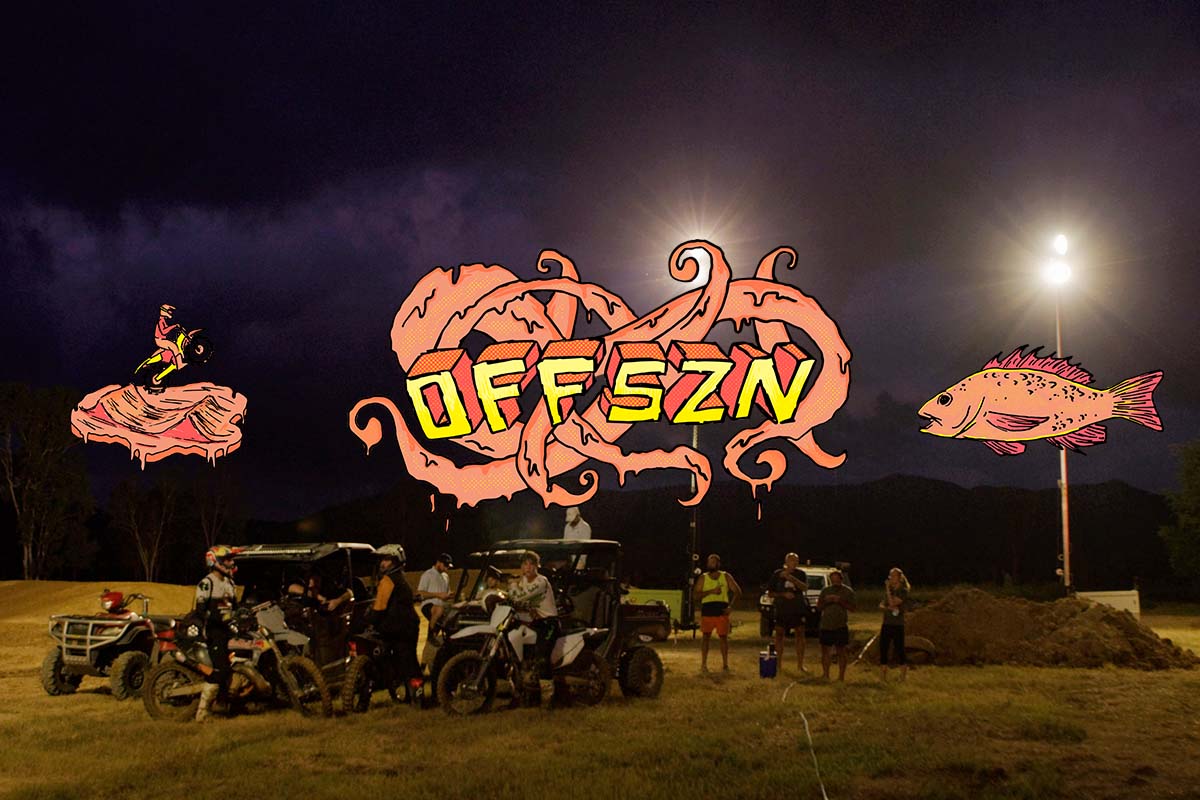 Have you ever wondered what a MotoGP rider gets up to in the Off-Season? Well we can’t speak for every rider, but when it comes to the Gumlow lord Jack Miller it is simple… Motocross and Fishing. 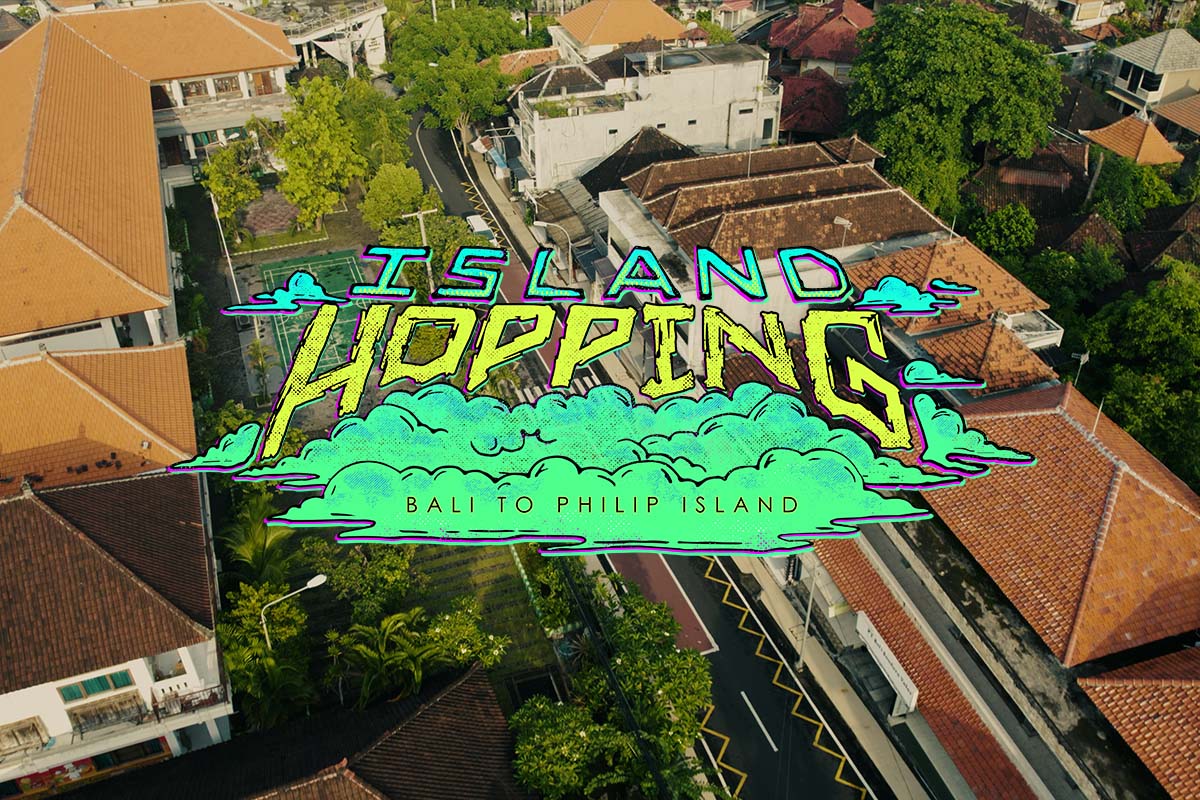 From Bali to Phillip Island for the first Ducati Ride Day